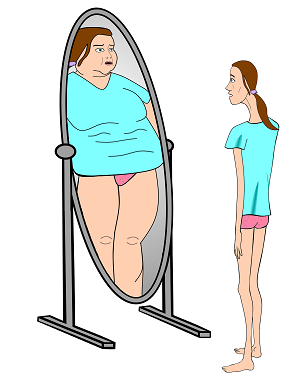 In our western society, we have increasingly placed an emphasis on food and eating. We have magazines, ad campaigns and television programmes all devoted to it; in fact, the reality shows which are based on cooking competitions, are the most popular of all. Food is seen as a major social focus and source of pleasure, but for an increasing number of people, it is becoming an instrument of torture.

How Can I Recognise An Eating Disorder?

Firstly remember that these disorders can be at either end of the healthy eating spectrum. There are those who learn to fear and avoid food, resulting in life threatening weight loss (anorexic), as well as those who seriously binge on junk food and then purge themselves in an attempt to undo the effect (bulimic). Then there are those who overindulge regularly, but make no attempt to compensate and consequently end up either obese or morbidly obese. Interestingly, this final group is less likely to acknowledge that they have a problem. Their issue is easy to spot, since they constantly eat more than their body needs, tend to favour junk foods, avoid exercise or physical activity and appear to have lost their awareness of when their body has had enough food. It is important to recognise that for these groups of people, eating is not basically a physical activity, but an emotional one.

Anorexia nervosa and bulimia may be identified by:

Who Is At Risk?

How Can You Help?

If you are concerned that someone may be affected by an eating disorder then you can:

If you need support with an eating disorder, contact Alli at Point Of Change Counselling to make an appointment.